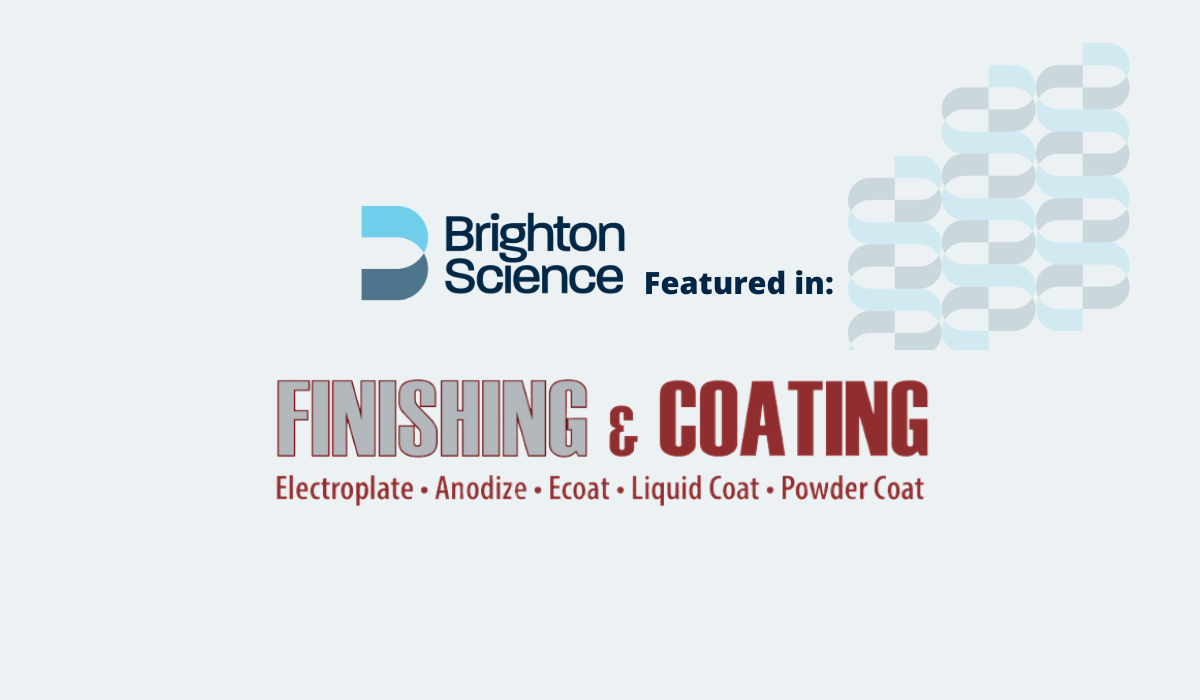 Brighton Science's Surface Analyst was featured in a Finishing & Coating article where Hubbard-Hall used the handheld technology to diagnose a $1 million dollar problem for a manufacturer that extrudes aluminum tubes as part of two individual missile systems: an armor piercing air to surface missile, and a multiple launch surface-to-surface guided rocket system.

Stewart Holloway, a Senior Account Manager at Hubbard-Hall, and several other members of the Hubbard-Hall team had spent months working with a manufacturer of military components to solve an issue that was causing customer concern of more than $1 million in inventory of aluminum tubes used in weaponry.

The defense contractor was alarmed by a stain that appears after heat treating and remains through chem-film. This caused the tubes to be held at the manufacturer, pending an investigation into the root cause and potential remedy.

“This contract represents 40% of the manufacturer’s revenue,” says Mike Valenti, Director of Cleaning Technology and Product Development at Hubbard-Hall, who worked with Holloway on the account. “They had not supplied the defense contractor with a good tube in over three months when we got there.”

The manufacturer originally wanted Hubbard-Hall’s help in solving the stain issue in the cleaning stage, thinking it was an issue related to how the tubes were cleaned in an ultrasonic cleaning process they were using. However, when Holloway and Valenti inspected and evaluated the entire manufacturing process, they discovered several items that were a concern for them that they felt could be leading to the staining issue.

An Important Tool to Validate Any Surface for Cleanliness

Mike Valenti, Director of Cleaning Technology and Product Development at Hubbard-Hall, who worked with Holloway on the account, says an important asset that Hubbard-Hall has begun using to show cleaning improvements is Brighton Science's Surface Analyst. It's a tool used to validate any surface for cleanliness and guarantee reliable adhesion.

The "Surface Analyst tool was an asset in determining the effectiveness of our process versus the incumbents' ultrasonic alkaline cleaner,” Valenti says. “I discussed with their president our ability to generate data that could be used to quantitatively substantiate the improvement realized in using our process. He said he would like to include some of this data in a report that will go to the defense contractor.”

To learn how you can utilize the Surface Analyst to diagnose manufacturing cleaning, adhesion and coating issues, download the eBook and checklist: “Adhesion Failure Root-Cause Analysis for Manufacturers.” 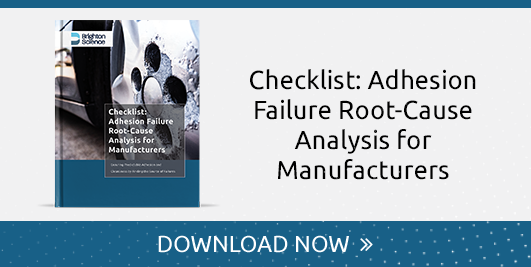